All living being express their emotions in their own unique way. Careful observation of the species and in-depth understanding of their behavioral patterns give you a clear idea of what their gestures mean.

Of all the species known, most expressive are the humans. We are gifted with speech to make our emotions lucid. Also, with the development of technology and well defined web etiquette, our expression of emotions has no bounds! Let me come to the topic now. Emoticons :) well, there I go !

People today use the various social networking means and stay connected with the people who mean to them. While traditionally this particular expression of "you mean so much to me" was expressed via letters and phone calls, in today's fast-paced , abbreviated world, it can be easily expressed through these emoticons. 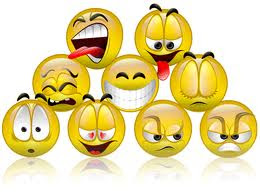 Emoticons - Emotional Icons are the character representation of the graphical smileys. And what do they mean? They mean a lot, to many! Its usage almost becomes indispensable during internet chatting with friends. Sometimes just these are sufficient to highlight our mood and our intention of a particular statement. Sometimes they come as savior when your words cant completely convey what you mean. They mean little more than words you know!

With the use of smileys or emoticons, the effect of a conversation becomes surreal. These emoticons replace human facial expressions on the virtual world. I for one, have gotten so addicted to the usage of emoticons that my statements surely end with an emoticon :) Like that!!

The trend of using the emoticons has made messenger software to invariably bind smileys into their software. I see no such messenger without its unique smiley set! In fact, it is a selling factor for some of the messenger software - the more human-like the smileys are, the better is the user-acceptance and the better it sells among people! It drives business!

I particularly like Microsoft's Office Communicator with its damn cute smiley set. You should try the favourite " :P " emoticon on it. It becomes a cute face with a cuter tongue out! Ahh I love it!! And the anger smiley. It does make the face red and perfectly depicts the extent of anger. Some other ones I like are the Devil and the hugs & kisses. 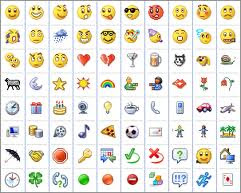 After all this is said and done, why is even a sad faced or an angry emoticon still called a smiley?? Is it because it gets it name from the ancestral and famous " :) " which was perhaps the only popularly used emoticon of the earlier times? Something I always wonder!

Well, so much about these emoticons only because they have become integral part of our daily conversations - be it with friends, family or collegues! They are here to stay, getting better and more human-like with time.

A new gen version of the emoticons/smileys is probably the zoozoos. These were strategically planned for the cricket match commercial breaks by Vodafone in India. Across the globe too, it DID grab everybody's attention and made them popular among the young and the old. To an extent that zoozoos started spreading through emails, and also came on t-shirts! I too went around looking for Zoozoo t-shirts in several stores! In my opinion, it is the next version of the legendary smileys. 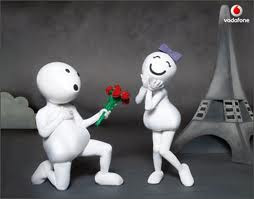 So what next? We probably have to be too creative to get our own versions of Smileys out , or add to the already sumptuous set of smileys or simply wait and watch :)

As a leaving note, for all my curious readers who want to check their proficiency w.r.t emoticons, here is a quick link to the most common and widely used ones!
( http://en.wikipedia.org/wiki/List_of_emoticons )
Posted by Archana at 6:52 AM No comments: